We spoke to 4 of Newcastle Airport's most influential women #breakthebias

International Women’s Day is an opportunity to reflect on the social, cultural, economic and political achievements of women, and to recommit ourselves to gender equality across all aspects of our society. This International Women's Day we’ve asked our female board members 5 fast questions on what this year’s #breakthebias theme means to them.

1. What does International Women’s Day mean to you?

"For me, IWD symbolises courage. In 1908, 15,000 women marched in New York for shorter hours, better pay and voting rights. In 1911, 140 women workers died in a factory fire known as the Triangle fire. The Suffragette movement fought for the women’s right to vote, with the first woman giving up her life for that cause in 1913. This is the courage that we recognise on IWD."

"It’s a time to celebrate women's achievements on a local and global scale. These moments of celebration make us pause, be mindful and boosts our collective well-being."

"While we do look at the progression of women throughout the year, it’s good to have a day dedicated to focus and reset. There is no doubt that significant inroads have been made on gender equality and pay, but there is still work to be done in this space."

"It's an opportunity to acknowledge the struggle for progressive and societal change led by women, and to re-dedicate ourselves to addressing ongoing disadvantages that women face both in our workplaces, and broader society.

"It's a day to recognise progressive women role models - like my mum - who have dedicated their entire lives to advancing the rights of women. It's also about utilising those lessons and that empowerment to take up the fight baton to continue to advance the rights of women today."

2. The International Women’s Day theme this year is “Break the Bias”, why do you think recognising bias is important?

"It’s sometimes hard to recognise bias – we use bias and stereotypes to shorthand how we think about other people. I believe we need to break this habit."

"Whilst still significantly impacting countries and communities, Covid-19 has the potential to endanger progress made on gender equality. This is particularly the case as women take on the lion’s share of childcare and homeschooling in lockdown and are statistically more likely to work in at-risk jobs.

"We must make certain that the pandemic does not lead us to fall back into old bias patterns we thought we had moved on from. It seems incongruous that women are, to a considerable extent, carrying our society yet at the same time are not equally involved in important political, economic and societal decisions."

"Bias is something that is recognised in the majority of companies, with some of the major industry players actually undertaking Unconscious Bias training. It’s natural for people to gravitate to ‘people like me’, but that’s a 1950s and 1960s outlook. Australia has a 51% female population and the majority of us are either first- or second-generation immigrants. Breaking the bias plays an exceptionally important part in breaking a ‘cherry pick’ or ‘captains pick’ situation – recognising that just because it wasn’t your pick, it will be someone else’s and this is most likely just as efficient and amazing."

"To recognise that gender bias absolutely exists at levels of Australian society - from the household through to the boardroom - is to recognise that we must continue the fight for true gender equality in Australia. Bias can be strongly entrenched in the established structures of our society, and actively recognising this can help us towards increase our nation's productivity, and the overall wellbeing of women and children in our society." 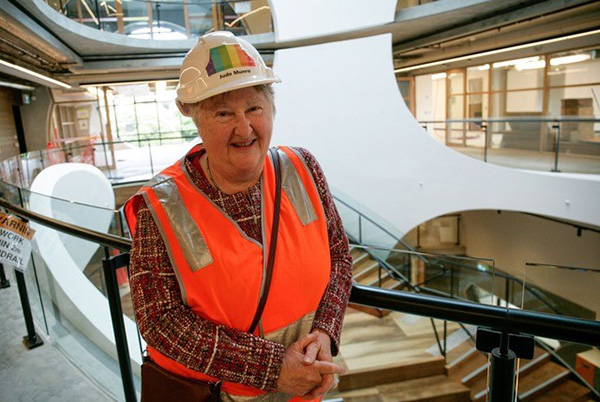 3. What progress have you seen on gender equality in your life and work?

"Once, female teachers who got married had to resign from their careers. Women could not apply for housing loans. I worked on developing the first women’s refuge in Melbourne. Progress is happening around us every day, but not by accident – women fighting and supporting the cause led to these changes."

"It’s proven that companies that are gender and ethnically diverse outperform their peers. Advancing gender equality is not just an opportunity for countries – companies stand to be real winners too. Research has demonstrated that companies in the top quartile of ethnic and cultural diversity are more likely to outperform on profitability. High-performing companies on both profitability and diversity have more women in management roles and subject matter expert line roles. Companies such as IBM and Salesforce are taking a lead in this space."

"Whilst some is certainly before my time, we need to remember that it’s just over half a century ago that women couldn’t vote, needed their husbands’ signature to open a bank account, weren’t allowed in a bar and had to leave work if they were pregnant. In this time we have come a long way, but unless we want it to take another half-century to achieve equality, whether gender or ethnic, we need to be more proactive. There are enough well-qualified women out there to do the majority of roles, and the worst thing that will happen is they will do a similarly outstanding job."

"From my personal experience, I've found that as more and more women are given the opportunity to represent their communities, or to serve in the boardroom, or at the executive level, our communities benefit from a much broader range of perspectives in our important decision-making processes." 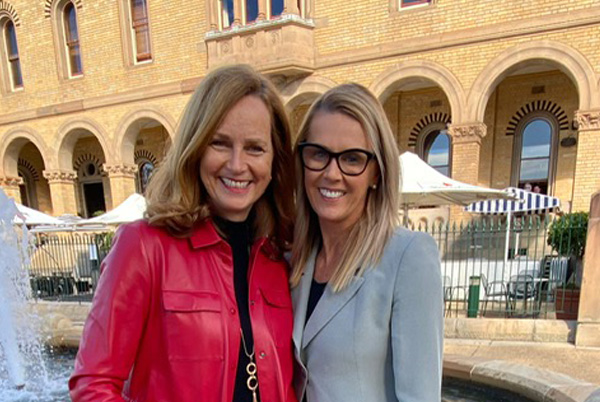 4. Can you share a women’s empowerment moment that has inspired you?

"When Quentin Bryce became Australia’s first Governor General and Julia Gillard became our first female Prime Minister in Australia – these were landmark moments in our history."

"One of the seven UN Women’s Empowerment Principles is the promotion of education, training and professional development for women."

"As the first in my family to go to University, I have continually been encouraged to learn, grow and gain the tools of education. My mentors, both formal and informal, talk with me about new thinking, fresh ideas and knowledge areas, constantly promoting lifelong learning. This is a key way that girls can be empowered to grow up and positively influence their generation – and the next."

"There are many women worldwide that have broken glass ceilings and achieved great things, and each of them represents an avenue of work that shows emerging women that it can be done. For me, whilst I love seeing women succeed, it was the advice from a fierce Scottish mother that has always inspired me – she said that shy children get nothing, so I was to go out and ask (and work) for everything I want. She also instilled in me not to fear anything, but to tackle each challenge head-on – and, if required, just do it afraid."

"Julia Gillard's famous misogyny speech on the floor of the Federal Parliament was particularly inspiring to me, and I believe every woman in Australia. It was a moment every woman recognised a little bit of their own experiences, and to see such a strong, articulate and reasoned response to sexism and misogyny was truly uplifting. It was a moment that truly empowered Australian women. We all wished we had the courage and strength to respond to sexism and misogyny that we've personally experienced exactly how Prime Minister Gillard did that day. I think it was an important day in our nation's history." 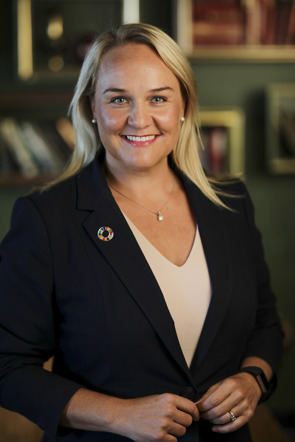 5. When you think back on your career, what advice would you give your younger self who was about to enter the workforce?

"Value People Over Tasks. It’s people – not tasks – who put us in touch with interesting work, new opportunities, innovative ideas and enriching experiences."

"I’d advise myself on a few things that I learned a little later in life: 1. Always have a five to ten-year and use this as a guide to work to. 2. That ‘no’ is just the start of the negotiation – so don’t give up."

"Don't let the opinions of others get in the way of your aspirations and dreams. I can't count the number of times in my career, particularly through my public service as an elected representative, that I've been told I couldn’t achieve my goals or desired outcome to make positive changes in our community. Seek out inspiring women, and surround yourself with great and trusted people, with diverse backgrounds and from all walks of life. These are the people you'll be able to call on in the face of adversity, and who you can celebrate the wins with."

Newcastle Airport is the gateway to Australia’s largest regional economy, with more than $43 billion annual output and 48,500 businesses. Jointly owned by City of Newcastle and Port Stephens Council, we are governed by an independent, skills-based Board of Directors.

Changing communities for the better this National Volunteer Week

Win Your Next Holiday On Us!

A Frenly Escape to Cairns

What are your interests?